Maddie Leach’s work often begins with an exploration of movement or displacement. She is interested in what happens when things are in transition - from one place to another; one category to another; or one form to another. In doing so, her work often reveals a part of the invisible processes through which the global economy conducts its business. It might be possible to link Leach’s work to Marx’s ideas of circulation and how a commodity only really makes economic sense when it is in movement, but this aspect of her work is secondary to investigating the physical transformations that take place within a system of exchange.

Leach was invited to develop a new work for the Biennale and proposed shipping two barrels of New Zealand spring water from Putaruru (a small town in the North Island producing 70% of New Zealand’s bottled water) to Jakarta – with the intention of giving them to the Indonesian corporation Asia Pulp & Paper (APP) in exchange for 1kg of paper produced with the imported water. This seemingly simple request has resulted in an endless stream of email exchange as the global trade system tried to accommodate and classify this rogue shipment. Neither customs officials nor the paper manufacturers nor the Biennale itself knew best how to respond. The whole saga was reproduced in the exhibition as a paper document, printed on APP copy paper, and installed in an empty space awaiting the absent water barrels.

In early 2017, Leach made an edition of nine books containing all of the correspondence produced in relation to The Blue Spring / Mata Air Murni project. Copies were distributed to a number of sites, including the Jakarta Biennale Foundation, the national libraries of New Zealand and Indonesia, the Embassy of New Zealand in Jakarta and the Embassy of Indonesia in Wellington.

The two video clips on this page were both filmed by Maddie Leach in 2015. The first is of a stream at Te Waihou (The Blue Spring) near the rural town of Putaruru in New Zealand's North Island. Water from the Mamaku Plateau takes 50 to 100 years to reach the spring. Since 1997, Coca-Cola Amatil has extracted water from the spring for its popular Pump brand and Te Waihou now supplies about 70% of New Zealand's bottled water industry. The spring is also the main source of drinking water for the town of Putaruru – where turning on the tap, watering the garden, or washing the car uses the same water that fills bottles of premium spring water.

The second clip was filmed at the offices of the Jakarta Biennial a few days before the opening of the exhibition. Curator Charles Esche and Maddie Leach speak with members of the biennale production team about how much money – to be paid to Indonesian customs agents – would be needed to secure the release of the barrels of Te Waihou water Leach had shipped from New Zealand to Jakarta. 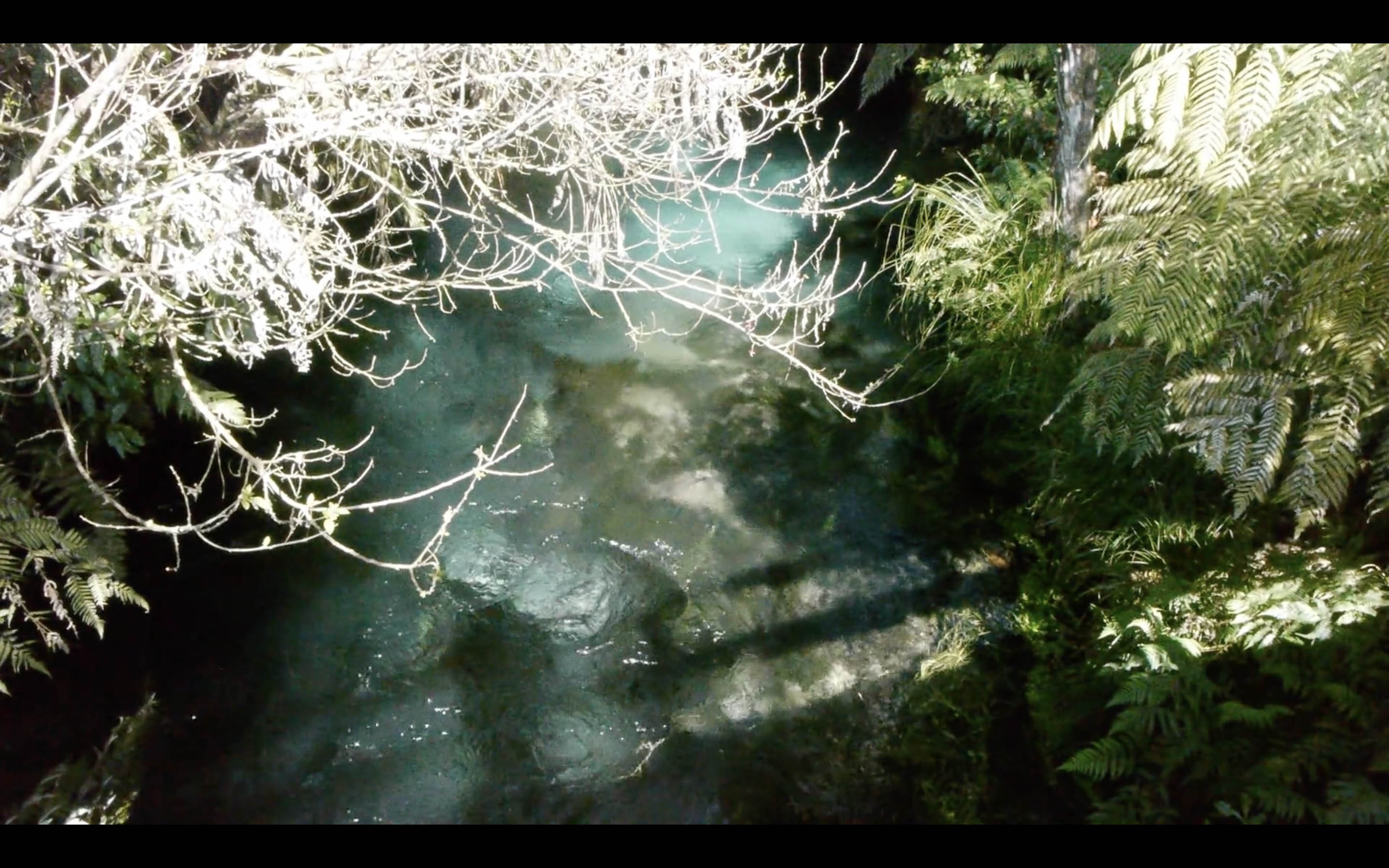 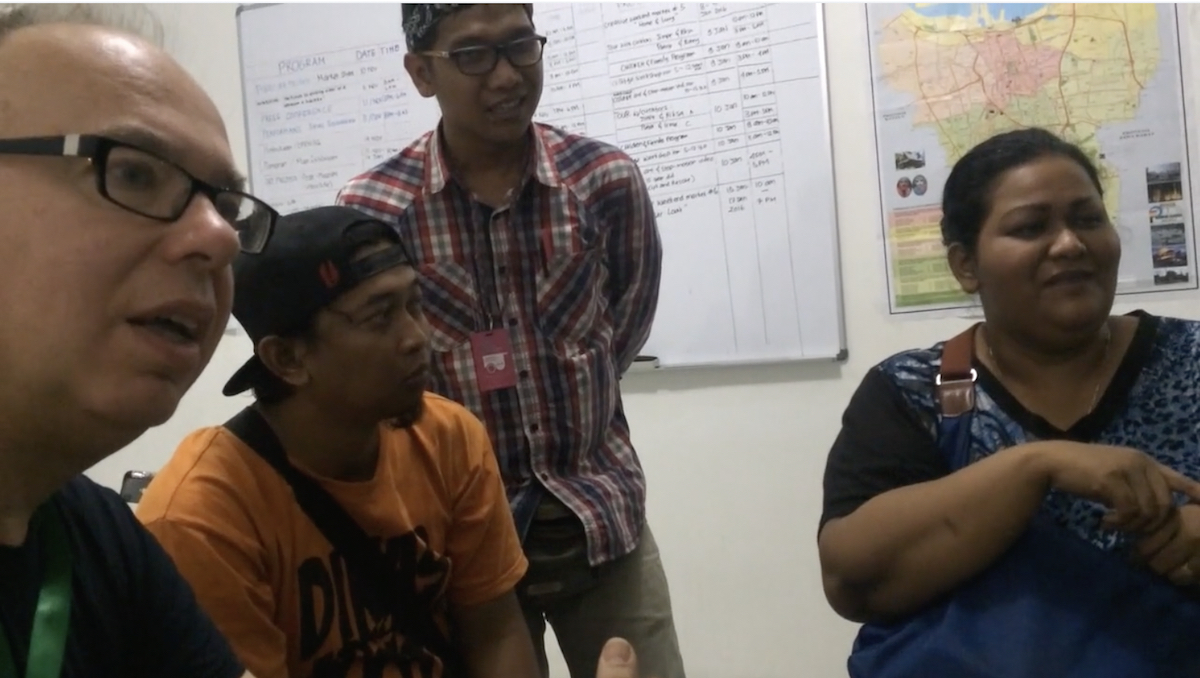